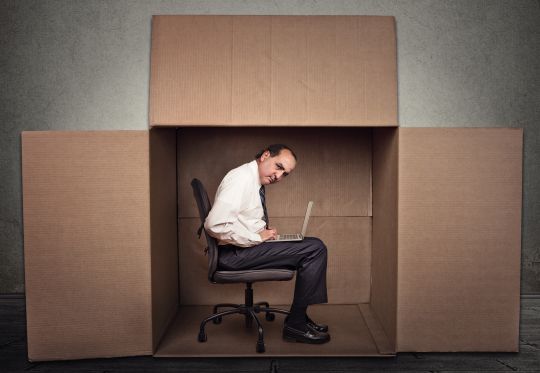 This is a networking how-to for anyone—but especially for those who are shy, introverted, or just plain intimidated by the sales process involved in a career transition.

This is Skip Haley’s story. Skip is a fundraiser—a development officer—by background. He’s an especially warm, friendly person by nature, one of the nicest people you could ever meet. Skip is also a great networker by instinct. You have to be to survive in fundraising.
Like many executives over 40, Skip suffered a mid-career burnout. At the time, he was Director of Development for the University of Denver’s School of Social Work—a bad fit. The job was threatening his health, and when he realized how unhappy he was, Skip resigned his position to conduct a full-time search for something else. That’s when we met him at CareerLab®
Skip said he was “tired of asking for money.” His initial thought was to abandon fundraising altogether and to make a total career change. Complicating Skip’s situation was the fact that he was living in Denver, and his wife and the family home were in Phoenix.
Although Skip is a good networker, he suffered major disappointments and setbacks along the way, including financial hardships.

However, his job search was a huge success. He’s now Director of Donor Development for the Multiple Sclerosis Society in Phoenix. It’s still a fundraising position, but one he’s excited about. After Skip accepted his job offer, he talked with me about his job hunt, and especially about the dos-and-don’ts of networking.

Go to our interview.