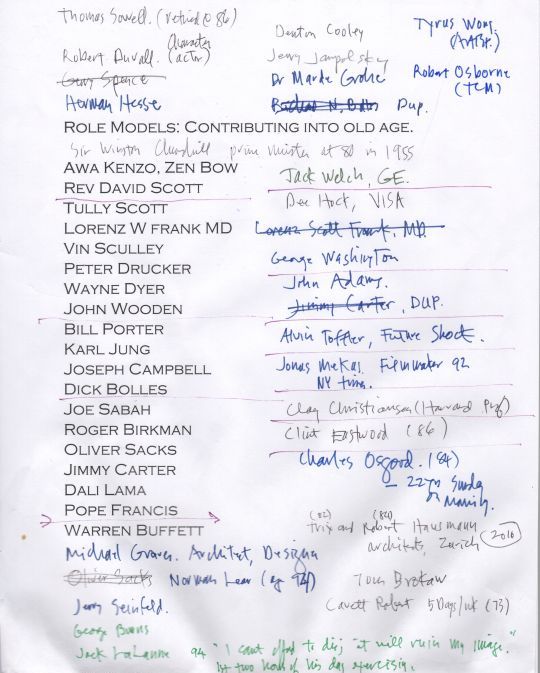 As a career planner, I’ve watched several hundred retirements closely. I have never liked “the R word,” which implies old, over the hill, and out of date. The traditional retirement model was to stop working suddenly at age 65, and that was like hitting a brick wall. Many people, mostly men, died within a few short years. Their work was their life.

The trend is toward a slow tapering off over a period of years, sometimes into hobbies and adventure, other times into new for-profit or non-profit ventures. The idea is to keep happily busy—and that’s a different road for everyone.

When his company was sold, one hard-driven CEO said he needed “a life-rebalancing career,” that is a life that was not 90% work. He wanted to consult, sit on boards of directors, volunteer, travel, learn French, and spend time with his wife and family. That “life-rebalancing” is a beautiful late-stage career model.

My father, pictured here at age 93, practiced medicine for his career. He retired at 66, played golf and renewed himself for two years. One day he showed up unannounced and said, “I need something to do.” I teased, “Mother’s driving you crazy, right?”

We laughed about that, and put a plan in place to keep him productively busy. He had a modest savings, but money wasn’t his concern. He still wanted to make a difference. 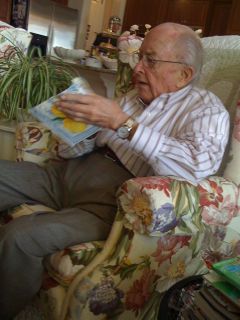 Dad became the Colorado healthcare coordinator for The American Association of Retired Persons (AARP). It was a volunteer role, but he traveled the state on their nickel and attended several national conventions. He held this job for five years, finally retiring at 73. He stayed active, played golf into his mid-80s, and lived to be 97.
Last year I had an unplanned retirement. My phone stopped ringing for several weeks, and emails quit coming. I felt down-and-out and thought, “My consulting career is over.” Then I saw these wise words in “A Creed to Live By” by Nancye Sims: “Don’t give up when you still have something to give.” That inspired me. And realizing that the world is a needy place, and I can still help, I saw that I’m nowhere near the end of my career. Nor, probably, are you.

One of my goals is to live into my 90s and beyond. As I began approaching the traditional retirement decade, I looked for male role models, men who hadn’t just quit, but who had continued contributing into old age. I defined old age as the 80s and 90s.

You see the chart I created above. I could have word-processed it nicely, but by the scribbles you can tell that the list was compiled over time. It’s not a finished product, but a work in progress, as I myself am. I’ve chosen men as male role models, but I could create a similar inspirational list for women: Eleanor Roosevelt, Maggie Smith (actress in Downton Abbey), Emily Dickinson (American poetess), and hundreds of others.

You may find people you dislike on my list. I don’t know them extremely well. Maybe there are things in their backgrounds that would make me shudder. That’s okay. You’ll create a list for yourself, and your list will be like no other.

Your life journey is one-of-a-kind. Everything about you is special, including your view of your late-stage career. I wish you the best of luck.