Should You Consult While Job Hunting? 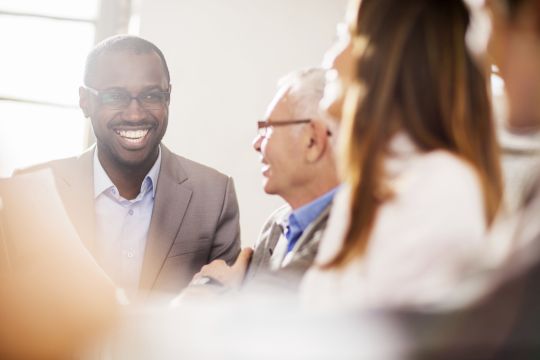 The short answer is, “Absolutely yes.”

It’s not uncommon for our $100,000+ clients to pursue two paths at once, namely full-time employment as well as part-time, temporary, contract, or consulting work. The benefit is that consulting projects are often easier to land than traditional 50-hour positions, because the employer has to make less of a commitment. It’s often easy to connect two or three part-time positions to replace your full-time income.

The next time you’re offered a job you think is beneath you—either in duties and responsibilities or earnings—see if you can turn it into a consulting opportunity. You might say, for example,

“I’m capable of doing the work you want done, but I could accomplish the tasks in less than 40 hours per week. I’d like to dedicate 20 hours per week to completing projects A, B, and C. Would you consider hiring me as a consultant rather than as a full-time employee?”

Often, the answer is “Yes,” with a Win/Win for everyone involved. The employer receives your skills, you receive higher hourly compensation and freedom to pursue other consulting assignments, or a full-time job.

Don’t accept a full-time but short-term consulting project, though, because it doesn’t allow you to develop other opportunities, and when it ends you’re back at square-one in the job market. If a full-time opportunity is your goal, limit consulting to 2-3 days per week to maintain your momentum.

Why do consultants only bill 50% of their time? Because the other half of their time is taken up with sales and marketing tactics, administrative tasks like invoicing and collecting bad debts, customer service and customer relations, volunteer efforts, entertaining clients, attending professional organizations and trade shows, and writing articles like this for professional journals.

As a general rule, it’s better to give away a few hours of your time—this is called working pro bono—than to underprice yourself. Why? First, because if you don’t charge enough to replace your past salary, you’ll suffer a slow, painful death—i.e., working 60-hour weeks, then going out of business. Second, because you lower the value of your services by reducing your prices. In America high quality is associated with high price. Some consultants actually increase their business by raising their prices.

Many times consulting assignments roll-up into full time job offers. Once a company sees what you can do, often they see they can’t live without you full time. At that point, you have a decision to make. Do you want to make a career as a consultant, or are you really happier inside an organization with a team of co-workers around you?

Dr. Donn Lobdell, head of Reasearch and Development for COBE Laboratories, left the company in a corporate buyout. Because of his national reputation, he quickly established a booming six-figure consulting business. His wife was a senior executive in a large Colorado corporation, and they had just built a new custom home. Donn said he would never leave Denver for any reason—but a year later he accepted a position as VP Research and Development for Alcon Laboratories, Inc. and relocated to California. He said he wanted to take charge of something, and consulting didn’t offer him that same feeling of making things happen.

Brad Bawmann, head of Public Relations for Columbia Healthcare, jumped ship to fulfill a lifelong dream of owning his own business. In less than a year and a half, he’s doubled his original income as President of The Bawmann Group, a Denver public relations firm.

Under our guidance, Ted Cline, once head of Information Systems for Rose Medical Center, has tripled his income as the founder of Ted Cline Consulting. A skeptic in our methods at first, Ted is now a believer. Thanks to us, he says, referrals come seemingly from the blue. Learn more.

In the past, I’ve worked with unemployed managers in their 40’s and 50’s who have been out of work for a year or two before seeing me. The problem is that they have been waiting to find the perfect job, the one that looks just like the last one they left—same duties and responsibilities, same title and salary—the works.

When I get them using their skills, volunteering in the community, consulting pro-bono for business friends, taking on small consulting projects, their calendars fill up. Their self-esteem returns. Before long, they find their plates full with high-paying consulting assignments, or one of their small part-time project rolls-up into a full-time job offer.

My pet theory is that no one should be unemployed, even for a day. The world is full of problems waiting to be solved. Someone out there needs you and your talents badly.

I ask you: which sounds better to a prospective employer who calls you for an interview? “Sure, I can come right over, I’m not doing anything.” Or, “I’d love to meet you, but I’m working in Atlanta tomorrow and consulting in Denver Tuesday. Could we possibly meet on Wednesday?”