Listen Your Way to a Job Offer or Consulting Assignment 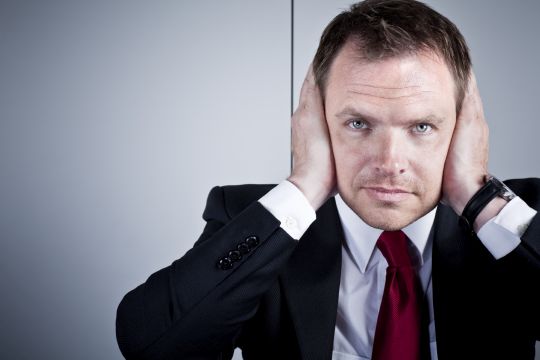 Many brand-name companies have hired me as an executive coach and outplacement consultant; yet I’m “an introvert masquerading as an extrovert.” As an inward-looking person, how do I sell and how do I coach clients to interview?

A key operating principle is “Listen 80%, Talk 20%.” I try to put others on a pedestal and let them be the star. I don’t talk much, but when I do, I try to say something concise and valuable. In this realm, I truly believe less is more. And I call it “selling without selling.”

Besides interviewing for my own consulting work, I have debriefed hundreds of job candidates on their interviews. After a candidate has an interview I ask what happened: “How many people were in the room? What did you say, what did they say, what did you do, and what did they do? How many interviewers were there? What question surprised you? How do you think you did?”
When going into a big interview, we often feel we have to tell the prospective employer everything-about-everything about ourselves: all our competencies, capabilities, results, and home runs. Pack it all into the hour. Of course, nothing could be further from the truth.
Several years ago, a long-time client was interviewing for the job of a lifetime, a Chief Information Officer (CIO) role with a large industrial company. Mark was an extroverted talker who filled every silence. Nervous about the final interview with the CEO, Mark said, “Give me some advice, Bill. What should I do?”
We had worked together several times before as he took increasingly big jobs. Mark was a battle-tested businessman with a thick skin. I knew him well and felt comfortable telling him the following truth:

Mark, you need to keep your mouth shut! You talk too much. The CEO doesn’t give a damn what you think or want or know. What the CEO cares about is what he thinks and wants and knows. So why don’t you ask him about his strategic vision, about his hopes and dreams for the company. Why don’t you listen 80% and talk 20%. And put the CEO on a pedestal. See what happens.

After the interview, Mark said, “The CEO loved me. I asked him about his strategic vision, about his hopes and dreams for the company . . . and he talked for 90 minutes straight. I was hired. I will be the new CIO with 8 direct reports and 260 employees in 30 countries with an annual operating budget of $70 million.”

Mark, by the way, later became VP of Information Technology for a Fortune 350 company, and eventually a consultant working in Europe for one of the world’s largest IT consulting firms.
According to quoteinvestigator.com, Albert Einstein was interviewed in 1929 by Samuel J. Woolf in Berlin for a piece published in The New York Times Magazine. This passage appeared at the end of the article. “It was time for me to go and as he (Einstein) saw me to the door I asked him what he considered the best formula for success in life.
“He smiled, that same awkward bashful smile and thought for a minute. “If A is success in life,” he replied, “I should say the formula is A=X+Y+Z, X being work and Y being play.” “And what,” I asked, “is Z?”
“That,” he answered, “is keeping your mouth shut.”
As you face your own critical job interviews, I hope this story will linger in your mind. If you’re planful, you can listen your way to a job offer or consulting engagement. I see it every day.
:: Return to index of articles.