A Tribute to Richard N. Bolles, author or "What Color Is Your Parachute? 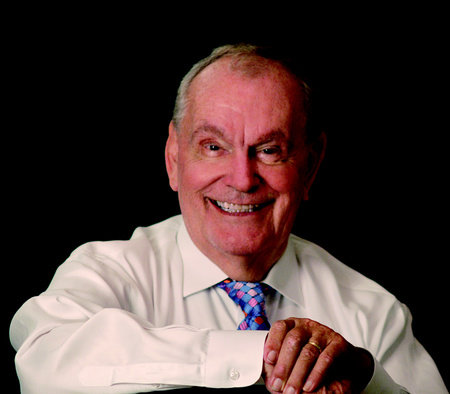 As you may know, Dick Bolles was the author of the perennial career bestseller, “What Color Is Your Parachute?” He invented the book in 1970, mostly to give to friends in the job market, expanded and updated it every year for nearly 50 years. “Parachute,” as he called it, has sold more than 10 million copies worldwide.

I met Bolles in 1980, shortly after a divorce. I was career counseling on my own, but needed formal training. When I saw Bolles’ 3-day workshop in Bend, Oregon, I jumped at the chance to attend.

The first day of class I showed up in my black suit, black shoes and socks, white shirt with red tie, expecting a formal presentation. There were perhaps 250 people in the auditorium.

Bolles walked onstage wearing faded blue jeans, a white T-shirt, and sandals. I thought, “What is this, some kind of joke?”

No, it wasn’t a joke. Two minutes into it I realized Bolles was a genius. His soulful kindness and generous spirit can’t be captured in words. He spoke effortlessly and honestly, and his big-picture ideas were startling. He made sense. Everyone in the room was hypnotized.

He told us not to be offended if he didn’t speak to us on breaks. He was painfully shy, so shy he dimmed the lights in the auditorium when he spoke so he couldn’t see the audience. He had created a light box which he drew on with fluorescent chalk, and the images were projected onto a screen. It was a most beautiful and novel effect, symbolic of his unbounded creativity.

I became a teacher’s pet. Bolles liked me and we became arms-length friends, exchanging a few letters in years that followed. Based on my experience at that workshop, I saw that career consulting really was a profession. A lot of people were doing it. It wasn’t a radical idea, something I just cooked up; so I decided to make it my life’s work.

When I returned to Denver I created a class at Colorado Free University called “What Color Is Your Parachute?” Forty or fifty people attended the sessions. Many of them said, “This is the best book I’ve ever read. I just can’t get through the exercises. I still don’t know what I want to do.”

I streamlined Bolles’ process, reducing it to a few simple exercises. And I’ve used those exercises routinely in my career consulting and corporate outplacement programs for many years.

Leaning on Bolles, and also on my friend and mentor Joe Sabah, my consulting practice boomed, and I’ve been hired by 356 brand-name corporations, small businesses, and non-profits to provide career consulting, executive coaching, and outplacement.

Any time I taught a career class I took “What Color is your Parachute?” with me. In the early years, I referred to the book often. In later years, not so much, but it gave me confidence to know that Dick Bolles was in the room with me.

Recently, 37 years after attending the Bend, Oregon workshop, I led a board of directors’ retreat for a big company. It had nothing to do with career transition. Yet when I set up for the workshop, I put a copy of “What Color Is Your Parachute?” front and center. I’m not sure I saw it during the day, but I knew it was there.